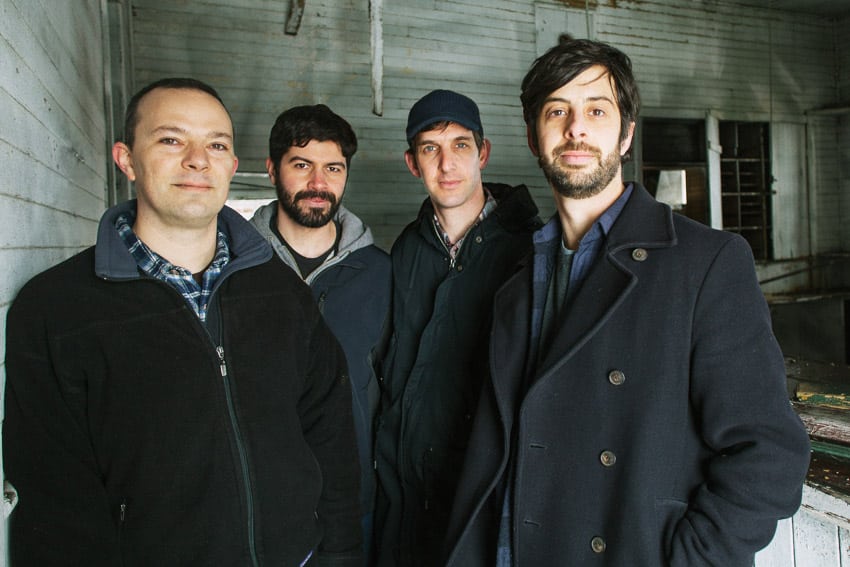 Chances are, you’ve heard of the popular Northfield music group, The Counterfactuals. From the Defeat of Jesse James Days to the 100% Local Music Festival, these guys have made their rounds in Northfield.

Lucky for you, they’re appearing once again at the Heritage Square Block Party on Tuesday, September 22nd! Come on by the Heritage Square Retail Center (think: James Gang, Papa Murphy’s, Northfield Urgent Care) from 4:30-7:00 to hear them live! You’ll also be able to try food from vendors in Heritage Square, including Gran Plaza, who will be officially opening their Northfield location quite soon.

Want more info about the Block Party? Check out our recent blog. You can also join the event on Facebook.

In addition to their music, the 4 members of The Counterfactuals are involved in the Northfield community through our two colleges. Each band member teaches at one of the two colleges. Collectively, they hold 4 PhD’s.

If you’re interested in hearing their music, head to their website to check out their 2014 album, Minimally Decent People. According to their website, the band performs their own brand of small-town indie pop, blending Americana, golden hooks, and a little bit of grit.

Bluewater is always looking to expand its real estate management portfolio. Contact Us

This message is only visible to admins.
Backup cache in use.

PPCA Error: Due to Facebook API changes it is no longer possible to display a feed from a Facebook Page you are not an admin of. The Facebook feed below is not using a valid Access Token for this Facebook page and so has stopped updating.

Did you know that today is National Cheese Pizza Day?

We'll be celebrating with a take-and-bake pizza from one of our tenants -- Papa Murphy's in Northfield! 🍕 Located at 2014 Jefferson Rd in Suite A, Papa Murphy's proudly provides pizza that you can bake to perfection from your own oven. Delicious! ... See MoreSee Less

Any cookies that may not be particularly necessary for the website to function and is used specifically to collect user personal data via analytics, ads, other embedded contents are termed as non-necessary cookies. It is mandatory to procure user consent prior to running these cookies on your website.